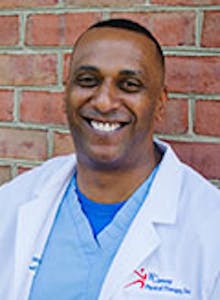 Dr. Kirk Conway is a graduate of The University of Maryland at Baltimore's School of Physical Therapy and has been practicing since 1991 in Calvert County. He received his Doctorate of Physical Therapy from the EIM Institute of Health Professions in 2011. Dr. Conway worked to establish the initial Cardiac Rehabilitation Center with Calvert Memorial Hospital. He has performed ergonomic assessments for mid-size manufacturing companies in Calvert County. Dr. Conway has been a guest lecturer for the Southern Maryland Community College's Physical Therapy Assistant Program. During the last twenty years, Dr. Conway has treated a wide variety of patients with a focus primarily in the outpatient orthopedic population. When he's not taking care of his patients, he enjoys hiking, weight lifting, and spending time with his family. 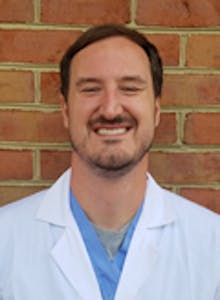 Chris Dudley is a licensed physical therapist in the state of Maryland. He received his Bachelor of Science degree in 1996 and his Master of Physical Therapy in 1998 from the University of Maryland Eastern Shore. He has 19 years of hands-on physical therapy experience and has spent the last 18 in an outpatient setting. Chris has treated a wide variety of neurological and orthopedic conditions and has been the lead therapist of cardiac rehabilitation and amputee programs. Over the last 13 years, he has specialized in treating orthopedic issues with a special interest in pre-operative and post-operative joint replacements, knee conditions, and shoulder dysfunctions.

In his free time, Chris enjoys spending time with his wife and three children, coaching his children's youth sports team, playing and listening to music, hiking, mixed martial arts, and cheering on the Washington Redskins, the Washington Wizards, and the Baltimore Orioles. 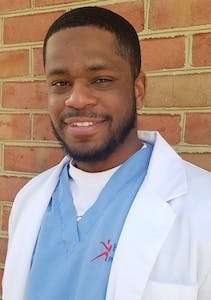 In his free time, Larry enjoys various sporting activities, traveling, and spending time with family and friends. He has a special interest in preventative care physical therapy in addition to community outreach events. 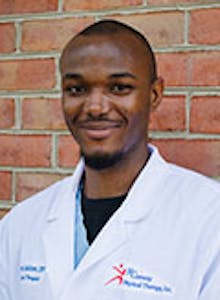 Dr. Richard A. Matthews is a licensed Physical Therapist in the state of Maryland. Dr. Matthews received his Doctor of Physical Therapy degree from the University of Maryland Eastern Shore (UMES). In December of 2010, he joined the KConway team, specializing in the treatment of joint and muscular dysfunction of the spine and extremities, as well as neurological dysfunction. Dr. Matthews served as the Clinical Director of the KCPT Prince Frederick location from 2013 through 2018. Through hard work and dedication, he is now a partner of KConway Physical Therapy in Dunkirk. 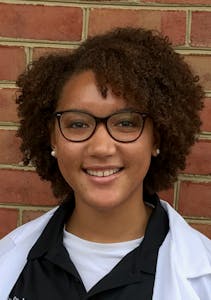 Dr. Cydney Smith is a licensed Physical Therapist in the state of Maryland. Cydney earned her Bachelor's of Science Degree and Doctorate of Physical Therapy degree from Saint Francis University, Loretto Pennsylvania. During her tenure in Loretto, Cydney competed as a Division I athlete on the Women's Basketball and Volleyball teams. Before completing her professional coursework, Cydney also worked as a student Physical Therapist at Adventist Healthcare Acute Rehabilitation, PhysioDC and KConway Physical Therapy treating in a wide variety of disciplines including neurological, orthopedic and cardiopulmonary rehabilitation. With Cydney's extensive personal experience and unique insight into the connection between physical fitness and mental health, she adds a distinctive total-wellness physical therapy approach to the KConway family.

In her free time, Cydney enjoys sports/exercise, travel and spending time with close friends and family. Cydney takes special interest in Sports Medicine and Women's Health. She is thrilled to return to her home area and serve the southern Maryland community. 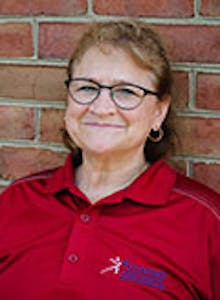 Shelby received her education and graduated from the Baltimore School of Massage in August, 2001. She is nationally certified and is licensed to practice massage in Maryland. She has been offering massage on a full-time basis since February, 2004.

Shelby combines her knowledge and training to create a unique and personalized session to fulfill each client's individual needs!